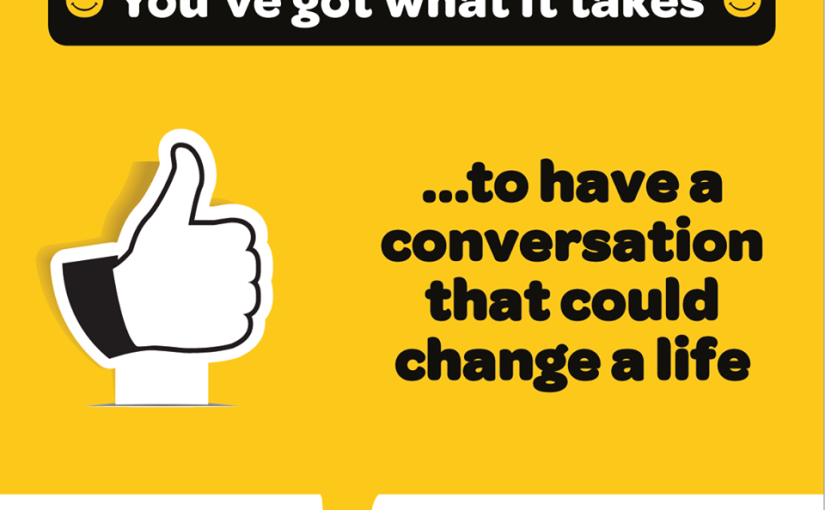 Today is R U OK Day but I hadn’t planned to write a blog post about it partly because I’m not an expert in mental health. But then I wrote a post on Facebook this morning and I thought I should share a slightly edited version of that because while it is all very well for me to share social media posts from organisations like R U OK and their partners, I thought it was also important to be honest and say that I am not OK every day.

Like most people, some days are tougher than others. Making as big a change as we did three years ago is not without stress. We are lucky to have great friends and family to support us, but that doesn’t mean that it has been a walk in the park. I left behind a 15-year career and we moved to a place where we had two friends. We had a child starting primary school, one back at home after two years in an international pre-school, we had to find a place to live, make friends, find jobs and carve out a space in the community. Leaving my career didn’t just mean a change of jobs but it was required a lifestyle change – because deciding not to work full-time, means we had to change the way we lived (and that has not been easy).

It is also tough being a parent sometimes, hoping you’re getting the balance right between doing much and not doing enough for your kids. Should the boys watch less TV? Have they had too much screen time? Do they eat the right food? Are they doing well at school? Do they know they are loved – even when Mummy screams about the messy room for the 500th time?

And as if Mummy guilt isn’t enough, then then is the career guilt. Did I do the right thing leaving DFAT? I still don’t know where I’m going with my career, and I’m still feeling a little flat that I had to concede the consultancy was not the gig for me. I’m tired of juggling the never-ending bills, the piles of washing, the overgrown garden, the constant shopping and cooking, the cleaning and all the other stuff that is just part of adulting. Simon’s tumor and ongoing recovery was a curveball we could have done without but we’re forever grateful for science, incredible medical professionals and the support he has received.

My heart really does hurt for the people doing it much tougher. As we prepare to vote on the marriage equality plebiscite (a resounding YES from me but I wish our leaders could have just sorted this out years ago), I am so distressed for those affected by this awful vote. Love is love and surely we can all agree we need more of it. The government’s stance of refugees makes me sad that we are not the welcoming and inclusive country I was born into. I hate to think what my Dad, who gave so many years to working with migrants and helping them to settle and be included, would make of this poor treatment of refugees. I’m concerned that there are those that believe we can continue to ignore climate change and the impact we are having on the environment. For someone that has always loved the news and staying abreast of current affairs, I find myself switching off because it is all too depressing.

We also need to remember that if we are not OK, we are not OK – regardless of whether we think what is bothering us is less than someone else is dealing with. This sort of stuff is not a competition. While I try not to “sweat the small stuff”, I am aware these days that my small stuff can add up and cause me to feel less than OK, even when I know it pales in comparison to someone else’s problem.

But on the upside, I am mostly be positive about the future and I am thankful that at the moment, we can deal with what’s on our plates, and that the good outweighs the bad. I watch stories on Australian Story like the one on how RU OK was created and the two guys who have fostered so many kids, and I have to believe that there will always be good people out there and that there better days ahead for everyone. I also have to believe that while I might be only one person, I have to try and make a difference where I can.

In the meantime, we all need to take care of ourselves and be there for the people around us – especially those who might not be so ready to say they aren’t OK. There’s some great resources here on the RU OK website that I’m going to explore further but I’d also think its important to get professional help when you need it.

I hope you’ll join me in committing to have that conversation, listening better to your friends and family and asking for help when you need it.

I started this blog almost 3 years ago when we first arrived in the Barossa Valley. I've always wanted to write and I wanted to share my experience of my career change, our move to this beautiful wine region and discovering my next adventure. After 15 years as a public servant working in Canberra, Beijing, China and Hanoi, Vietnam, I decided it was time for a career change and more importantly, a lifestyle change. In 2014, we left Hanoi and headed to the Barossa Valley in South Australia with a dream of a more fulfilling lifestyle in one of Australia's premier food and wine regions. My husband and I both work in the wine industry - where my job could be described as anything but making the wine. In 2017, I decided to wind-up the consulting business I established in 2015 and focus on learning as much as I could about the wine industry and writing - both on this blog and a memoir of our time in Vietnam. This blog is an opportunity for me to share my writing - about everything from motherhood, to career change, fitness, travel and our vine-change/career change experience. View all posts by angepickett

This site uses Akismet to reduce spam. Learn how your comment data is processed.